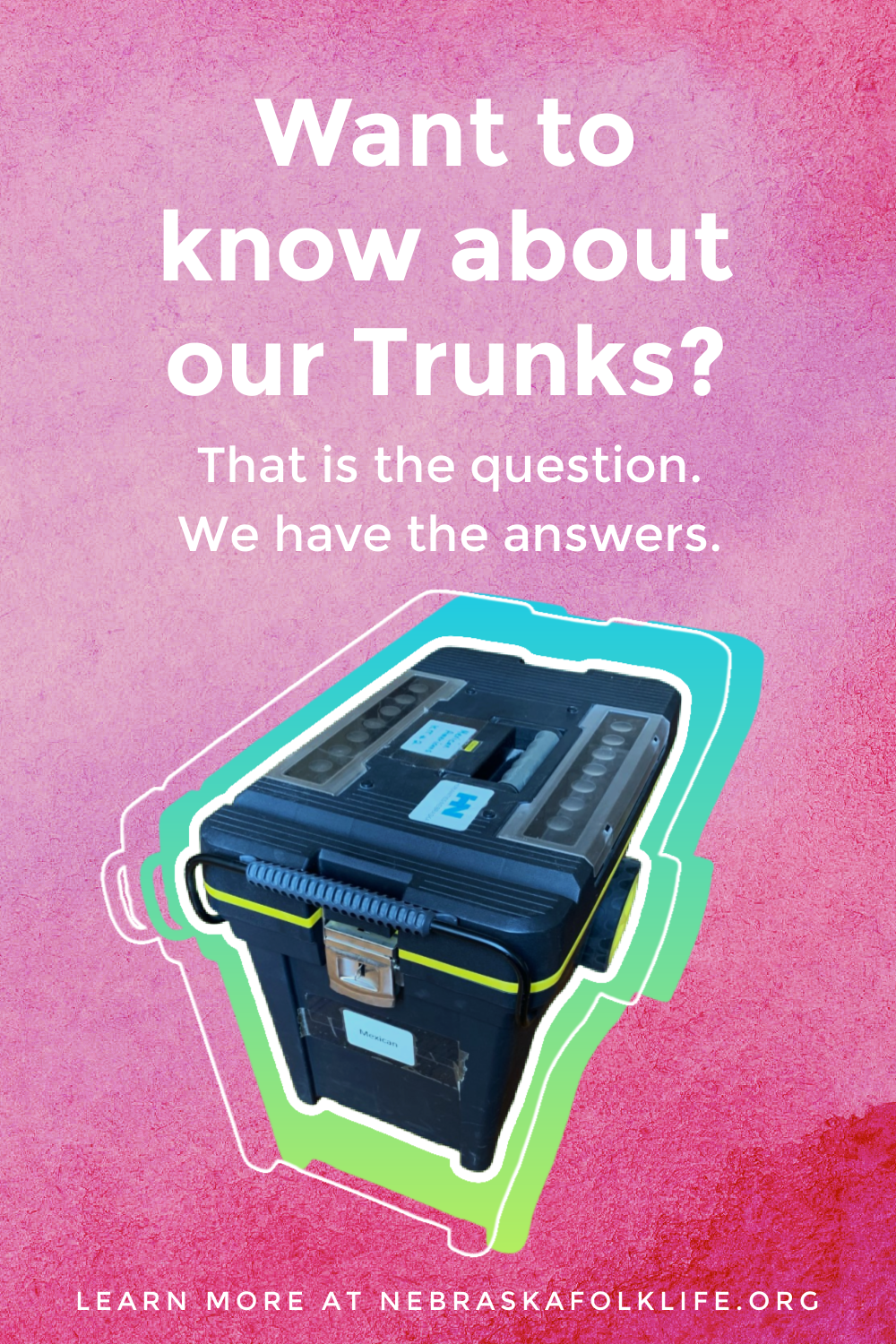 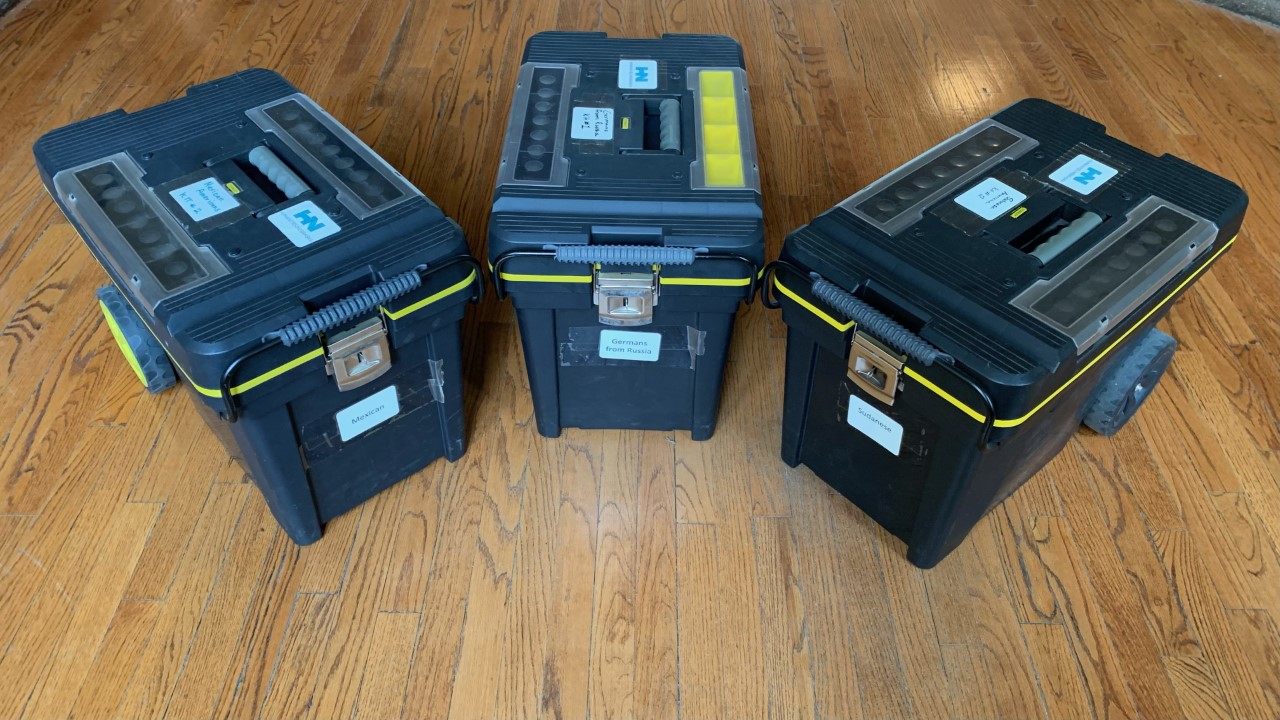 The Nebraska Folklife Network (NFN) has just released its newest trunk, which is on Sudanese cultures in Nebraska. The Sudanese are one of Nebraska’s newest groups and have brought with them a rich array of cultural traditions. Included in these trunks are interview excerpts from different ethnic groups of North and South Sudan (accompanied with transcripts), flags, clothing items, books, music CDs,  and a teacher’s manual (complete with lesson plans and instructions for teachers). These Sudanese trunks and all other cultural education trunks by the NFN are available to check out free of charge from Humanities Nebraska, located in downtown Lincoln.

This House is Yours: Iraqi Americans in Nebraska, has interview excerpts from both Arabic and Kurdish Iraqis who have immigrated to our state, DVDs on life in Iraqi, a CD of music played on the oud–Iraq’s official national instrument–photos of Nebraska Iraqis and of their home country, a ninety-page teacher’s manual with lesson plans, recipes for traditional foods, a list of Iraqi proverbs, authentic traditional clothing from Iraq, books of stories and folktales, and much more.

These new educational resources have been made possible by a grant to the Nebraska Folklife Network from the National Endowment from the Arts – Art Works and matching funds from Humanities Nebraska, the Nebraska Arts Council, and private donors.

For more information about reserving trunks, please visit Humanities Nebraska’s website.  Information and reservations can also be made by phone at (402) 474-2131. Kits can be picked up from the Humanities Nebraska office in Lincoln or they can be shipped to borrowers anywhere in Nebraska. The kits provide Nebraska youth a better understanding of Nebraska cultures and their rich traditions.