Nebraska By Heart is a multidisciplinary instructional unit designed to explore traditional arts and folklife as they exist in Nebraska, and to help students understand these ideas:

The unit is named Nebraska By Heart because most of the learning of folk traditions is based on observation, memory, and imitation. It doesn't come from books or other formal learning situations. Also folk traditions are mostly passed on to us by our friends, relatives and other loved ones. They are thus both learned and perpetuated "by heart." 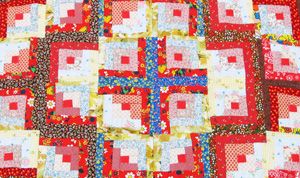 The unit focuses specifically on traditional arts and folklife from cultural groups present in Nebraska today. However, when useful for illustrating a particular artistic tradition or its history, some information and examples may be drawn from communities representing the same cultures located elsewhere in the United States or the world.

Two of the greatest strengths of this unit are its experiential nature and the way it encourages students to think for themselves in investigating traditional arts, folklife and culture. Another strength is the inherent interdisciplinary nature of folklife and folk arts themselves. Folklore and folklife are grounded in both the arts and humanities. In addition, concepts from science, math and social studies are useful in studying the different genres of these traditional practices and the social contexts in which they occur. 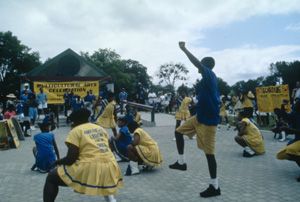 Nebraska By Heart contains three lessons, plus a concluding integration and assessment component. Each lesson includes several activities and has suggestions for extensions. The assessment component is designed to integrate and evaluate the unit. Each activity has estimated time requirements, but the total number of class periods required to complete the unit will depend upon class scheduling, the number of folklife genres chosen for study, and the judgment of the instructor. 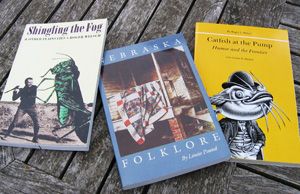 "That's the way life is in America's rural landscape. Here you'll find
that it is precisely the man or woman with the sharpest wit who is
the best source for serious advice. It is the best storyteller who
offers the most profound philosophical statements over morning coffee.
Often it is the funniest that is also the most inspirational, the silliest
experience that carries the most powerful lesson, the most trivial that
strips away pretense and bares the starkest framework of wisdom. I
came here to the heart of America's rural landscape for an education
and I found it."

Roger Welsch
It's Not the End of the Earth But You Can See It From Here:
Tales of the Great Plains (1990, xv)

The Nebraska Folklife Network gratefully acknowledges the contributions of the following funding sources:

Also greatly appreciated are the contributions made by the following individuals:

Lesson 1: An Exploration of Folklife and Folk Arts
In the opening lesson, students learn a few common definitions of folklife and folk arts, identify several folk groups to which they belong, learn about some of the many types (genres) of folk art, and play a game or fill out a questionnaire that helps them identify examples of folklife and folk and traditional arts from their own families, friendship groups and communities. The optional extension of this lesson provides instruction and information for instructors about how to plan a field experience for students and how to prepare them to participate in that experience. To complete the fieldwork, students will conduct an interview with a knowledgeable family member, friend or community resident about a particular aspect of folklife or a traditional art.

Lesson 2: Folk Arts and Folklife in Nebraska Cultures
This lesson is the heart of the unit. Its five activities cover the following:

Each of the five genre groupings is introduced with examples of the art forms/traditions in that group from a variety of Nebraska cultures. In each of the genres instructors choose for study, opportunities are suggested and resource information is provided to help students experience one of the included art forms through closer investigation. Students can investigate art forms through games, hands-on arts activities, or by interacting with traditional artists or local tradition bearers (people with extensive knowledge of a tradition). A suggested extension of the lesson involves learning about and sharing a traditional recipe.

The lesson also introduces important concepts, such as context and emerging traditions.